Calculate your quote and check availability:

Description Best Western Premier Milano Palace Modena The Best Western Premier Milano Palace is a 4 star superior hotel located on the outskirts of the historic center but outside the limited traffic area, with ample parking both on Corso Vittorio Emanuele, where guests can park for free thanks to a special coupon issued by reception, both in our covered parking, available by reservation at an additional cost.
Its 55 rooms including Classic, Executive and Junior Suites, made with accurate attention to details, are all equipped with air conditioning, minibar, wi-fi high speed internet connection, kettle for tea and herbal teas and Smart LED TV to connect your multimedia devices. For relaxation, the hotel offers its guests, with a supplement, a spa with sauna, Turkish bath, emotional shower and Jacuzzi, while those who want to keep fit can use a small fitness area on the top floor.
The hotel also has two meeting rooms with a maximum capacity of 45 people, with beamer, motorized screen, wi-fi internet and audio system.

By car
Take the Modena Nord exit on the highway and follow the "Bologna/Centro" direction. Take exit 7 off the orbital road and follow Via del Mercato. Turn left on Via Canaletto Sud, take the second exit at the roundabout onto Viale Guido Mazzoni. At the roundabout, take the second exit onto Corso Vittorio Emanuele II. The BEST WESTERN PLUS Hotel Milano Palace will be on your left.

By train
The Modena railway station is only 200 metres from our 4 star hotel. When leaving the railway station, simply turn left and go straight until the roundabout, then take Corso Vittorio Emanuele II. The Hotel is 50 metres away on your right.

By plane
There is an AERBUS shuttle service available from the Bologna G. Marconi Airport (BLQ) to and from the Modena railway station, which is only 200 metres away from the BEST WESTERN PREMIER Hotel Milano Palace. 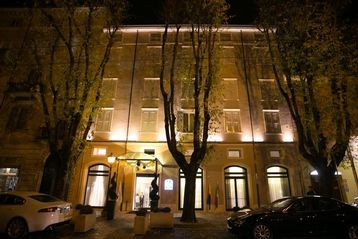 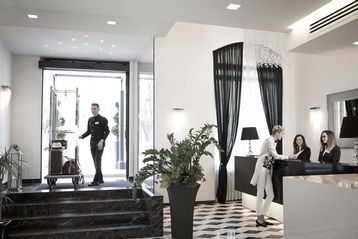 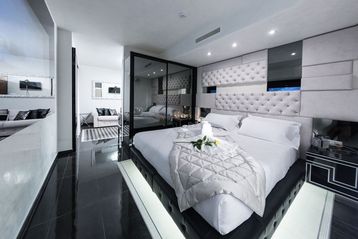 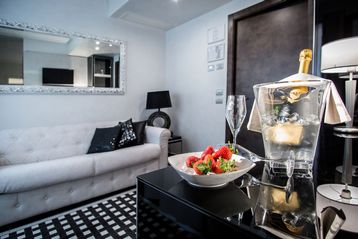 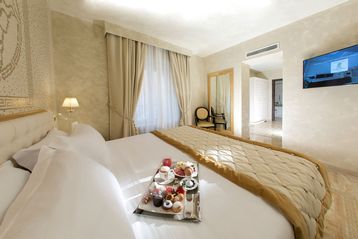 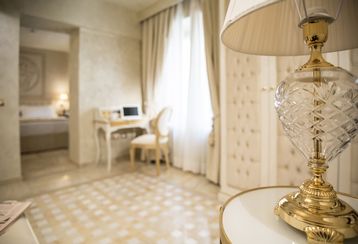 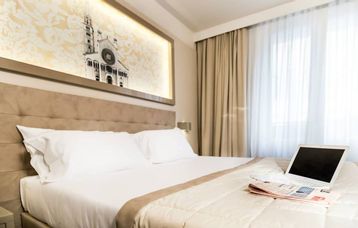 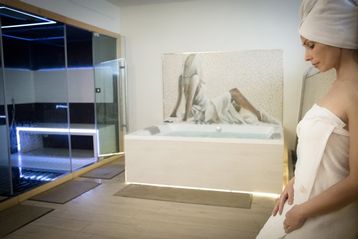 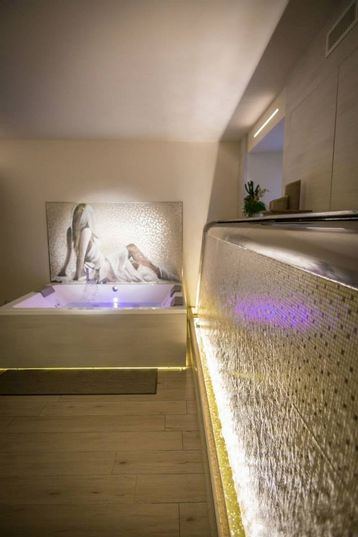